Stewart’s extremely passionate about hair, his excitement is felt thoughout the salon. Stewart was originally trained in women’s hairdressing and it’s something he’s very talented in. He has a unique vision for every client and creates precise, quality cuts. But his men’s styling is outstanding, being very fashion focused and creating flawless sharp looks every time.

Stewart started his career at Steiner Hair & Beauty. He gained a lot of recognition from his work with Steiner and from there he went to Avant Gard in Harlow, Essex, to work alongside their highly creative team of hair stylists.

They invested a lot of extra training in Stewart, developing him into the stylist he is today.  But Norwich is his true home and he felt he wanted to return to be closer to his family and friends.  Over the past couple of years he has been working between Truman’s of Elm Hill and Razors Edge.  In that time he has still maintained his relationship with Avant Gard where he is still part of their training programme.

Stewart also works for the Hairdressing Federation as part of their men’s styling artistic team, the MHFed team, fronted by Adam Sloan, working with a very high profile team including Kevin Luchmum, Martin Fox and Desmond Murray.  With this he gets to travel the country putting on big shows taking presentations like Pro Hair Live and Salon International.  They are involved with high end photo shoots which have been featured in magazines such as Hairdressers Journal, Swiss Magazines, and our very own Norwich Resident Magazine.  Most recently, he came first in Men’s Hairdressing Federation Awards, one of the most prestigious awards for men’s hairdressing to achieve in the UK.  Thanks to this, his reputation has spread and he is in high demand. So with all this interest he decided to do his own thing and form Esteem.

“Opening my own salon is something I’ve always wanted but never really had the courage to do.  With the arrival of my son Archie, it’s kind of kicked me into being a man and really going for it.  I’ve been so lucky to have worked for some great people who have helped me loads and I want to put that into Esteem and create something different that helps passionate people who really want it.”

“I enjoy going to the gym and keeping fit, love my motor bike and anything to do with bikes. I’ve done a lot of skiing and would like to do more.  Most recently,  I have had a little baby son, Archie, he’s just the most amazing thing that ever happened to me. It’s for Archie that I wanted to set up Esteem in order to give us security and a future.” 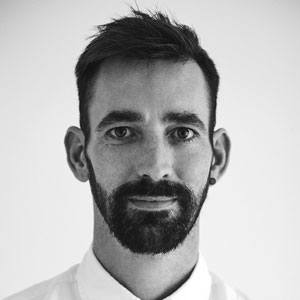